Huff Puff: Why do I sigh a lot?

Corrielus Cardiology Blog Huff Puff: Why do I sigh a lot? 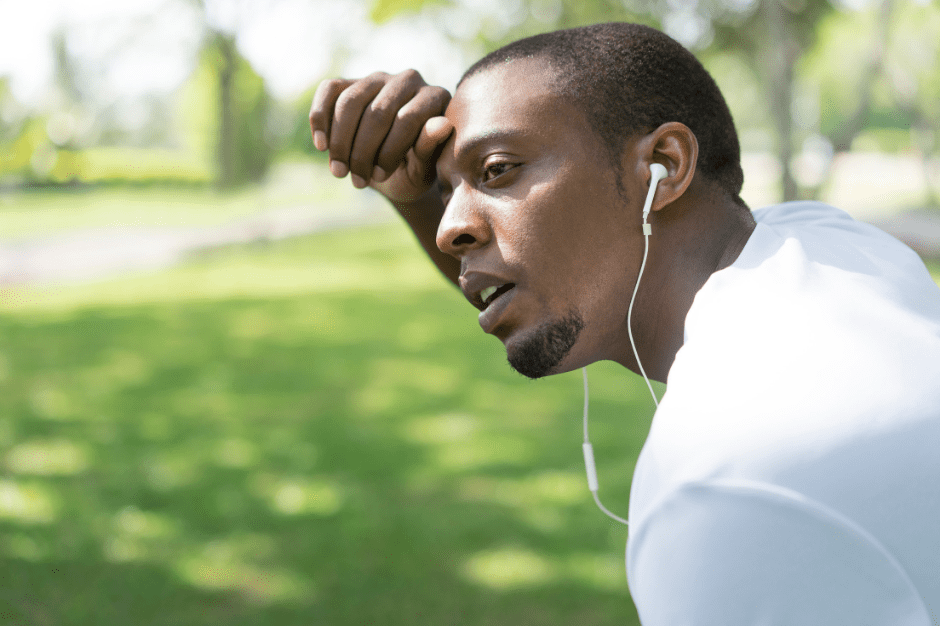 Huff Puff: Why do I sigh a lot?

Sighing is a kind of long, deep breath. It initiates as a normal breath, then you take a second breath before you exhale.

We often associate sighs with feelings such as relief, melancholy, or exhaustion. While sighing can play a major role in the expression of communication and emotions, it’s also physiologically important for maintaining healthy lung function.

But what does it mean if you sigh often? Can that be a bad sign? Continue reading to discover more.

When we think of sighing, we often connect it with conveying a mood or emotion. For an example, sometimes we use the expression “breathing a sigh of relief.” However, many of our sighs are, in fact, involuntary. That means we have no control over when they occur.

On an average, humans produce about 12 spontaneous sighs in an hour that indicates you sigh about once every 5 minutes. These episodes are generated in your brain stem by about 200 nerve cells

However, what does it exactly mean if you’re sighing a lot more frequently?

Frequent sighing can be associated with a few things, such as your emotional state, particularly if you’re feeling stressed or anxious, or an underlying respiratory condition.

Is sighing good or bad for you?

But how exactly does it do that?

Your lungs' small enclosed air sacs, called alveoli, can sometimes collapse spontaneously if you're breathing normally. This can harm lung function and reduce the gas exchange that occurs there.

Sighing helps prevent these effects. Being such a big breath, a sigh can work to reinflate most of your alveoli.

Nevertheless, what about sighing more than normal though?

Excessive sighing can be a sign of an underlying problem. That can include issues like a respiratory condition, uncontrolled anxiety or even depression.

However, sighing is also proven to provide relief. According to research conducted back in 2009, more sighing occurred in conditions of relief than in stressful scenarios. Another study done in 2016 showed that deep breathing, such as sighing, can reduce tension in people with anxiety sensitivity.

What causes us to sigh?

If you find that you’re sighing a lot more than you usually do, several things may be causing it. Below, we’ll explore some of the potential causes in detail.

Stressors can be found everywhere throughout our environment. They can include physical stress, just as being in pain or in physical dangeri, as well as the psychological stress you may experience before a big event in your life.

When you experience physical or psychological stress, your body goes through many changes. These include quick heartbeat, digestive upset, and sweating.

Another thing that happens when you are feeling stressed is quickened or rapid breathing or hyperventilation. This will make you feel breathless and can be accompanied by a speedy and frequent experience of sighing.

As per research, excessive sighing can also play a role in some anxiety disorders, including panic disorder, post-traumatic stress disorder (PTSD), and phobias. There is, however, some questions about whether excessive sighing contributes to or is a symptom of these disorders.

A small study conducted back in 2008 investigated whether persistent sighing was associated with a physical health condition. Although no evident association was identified, researchers found out that 32.5 percent of participants had previously experienced a traumatic event, while 25 percent had anxiety, panic, or other mental disorder.

In addition to feeling stressed or anxious, we can also discharge sighs to signal other negative emotions, including sadness or despair. Because of this, people with depression tend to sigh more often.

A minor 2011 study used a small recording device to evaluate sighing in 13 participants with rheumatoid arthritis. They derived that increased sighing was strongly associated with participants’ levels of depression.

Increased sighing can also occur alongside some respiratory hindrances. Such conditions include asthma and chronic obstructive pulmonary disease (COPD).

In addition to a hike in sighing, other symptoms — like hyperventilation or feeling like you need to take in more air — can occur as well.

A word from the team

Sighing helps to maintain lung function. It works to reinflate alveoli that have been deflated during normal breathing.

Additionally, sighing can be used to convey a wide range of emotions. These feelings can range from positive feelings such as relief and contentment to negative ones such as sadness and anxiety.

There is no way you can control or stop sighing, but there are several breathing exercises that may help you manage your sighing habits.

Excessive sighing may be a sign of underlying health disparities.

If you’re noticing an increase in sighing that occurs along with shortness of breath or symptoms of anxiety or depression, connect with your doctor right away. Is Your Family Hurting Your Heart?

Your family history might be a reason for your heart disease. Here's what you need to know about Inherited heart diseases and how to help cure your heart. Is Lead Leading You to Mortality?

The most potent airborne toxin linked to mortality from heart disease remains cigarette smoke, but lead exposure is also high on the list. Read more about it now. IBD and Hydration: How to Manage Them

Do the symptoms of inflammatory bowel disease (IBD) lead you to have a hard time staying hydrated? This article may help! 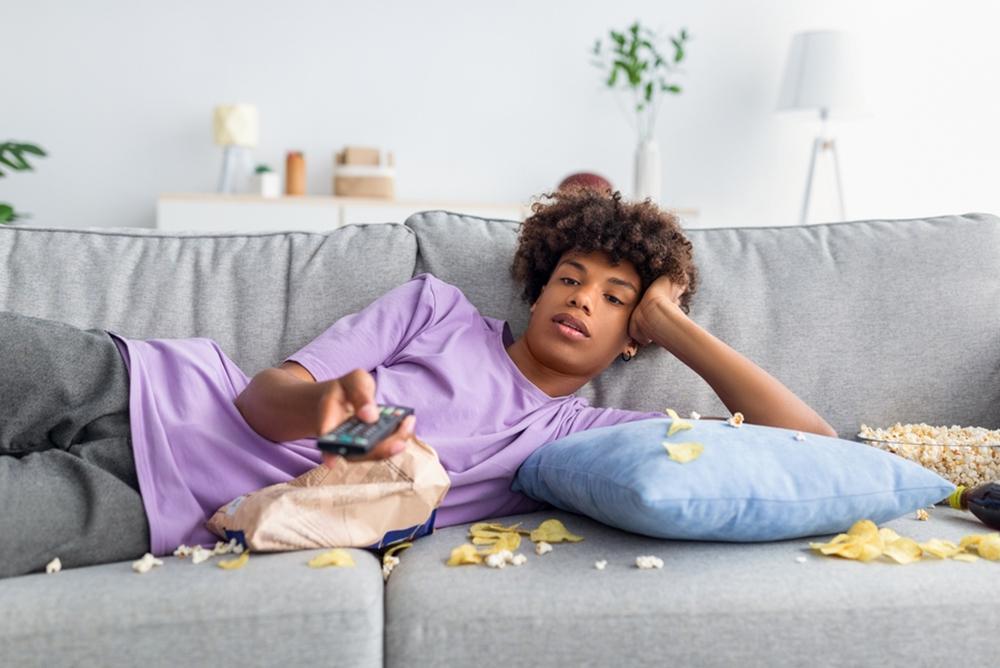 Are you lazybones? Here’s what you need to know

Are you being a couch potato all day? This sedentary lifestyle is extremely dangerous to your heart. Learn more about it here. When you get up, your head may spin since your blood pressure immediately falls. This condition is caused by Orthostatic Hypotension. Learn more about it now! 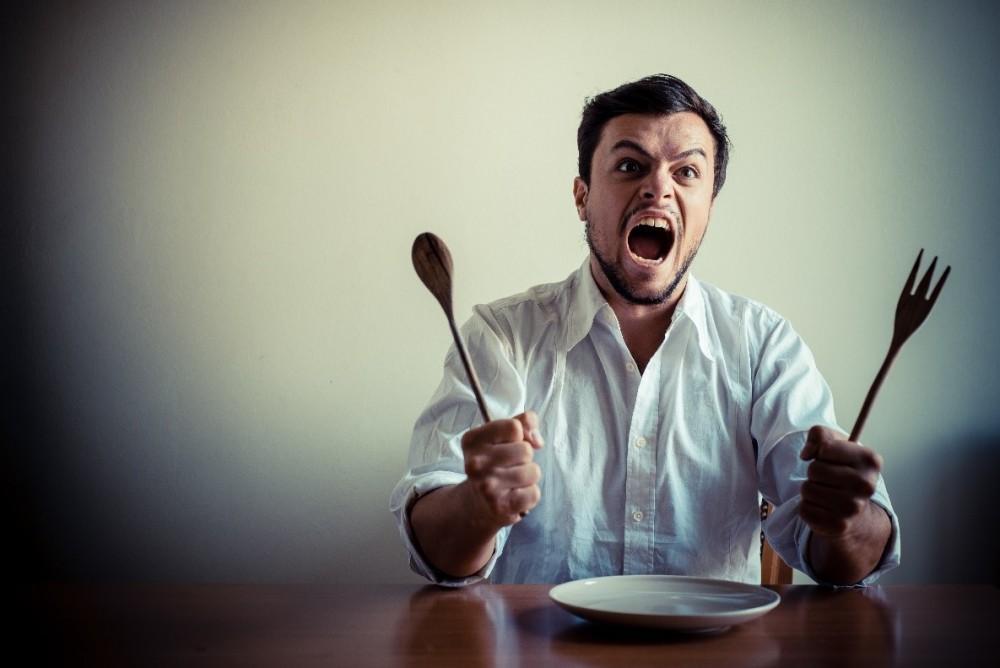 Why do some people become agitated when they are simply hungry? This is hanger! Know more about it now.